Airlines regularly seek to avoid or delay paying passengers compensation under Regulation (EC) number 261/2004 for delayed or cancelled flights. Should passengers seek a full costs order even in small claims cases on the basis that the conduct of the airline is unreasonable under CPR 27.14(2)(G)? 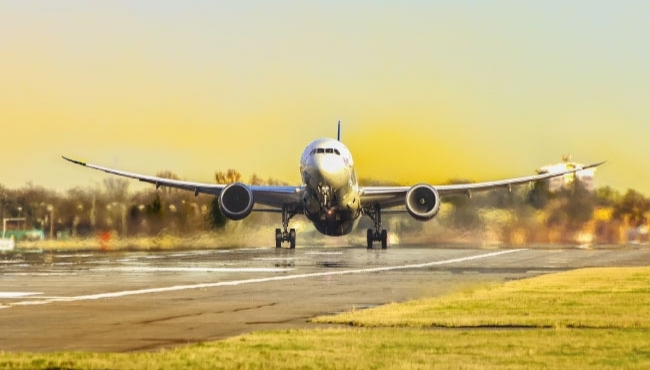 The Regulation provides that where flights depart from the EU or arrive into an airport in the EU and are either cancelled or delayed for more than three hours, then passengers are entitled to compensation ranging from €250 to €600 depending upon the length of the flight and its departing location.

An operating airline is not obliged to pay compensation if it can prove that the delay or cancellation is caused by extraordinary circumstances which could not have been avoided even if all reasonable measures had been taken. Within the preamble to the Regulations it sets out that extraordinary circumstances should be deemed to exist where the impact of an air traffic management decision in relation to a particular aircraft on a particular day gives rise to a long delay, an overnight delay or cancellation of one or more flights by that aircraft even though all reasonable measures had been taken by the air carrier concerned to avoid the delays or cancellations.

The Approach of the Airlines

The resistance of the airlines to pay claims has spawned large numbers of websites of claims companies and legal practices offering claims support to passengers in order that they can get their just compensation. Were it not for the difficulty in recovering the compensation due to passengers those claims companies and solicitors offering assistance on ‘no win, no fee’ basis would not exist. The empirical evidence is that airlines do not readily settle claims and the frustration felt by the passengers leads them to instruct third parties to assist them.

There are a number of tactics employed by the airlines to delay or avoid claims. They will:

In the face of such responses an option open to a passenger operating under a “no win, no fee” arrangement is to issue a small claim. Where the passenger and airline are based in different countries within the European Union then is possible to use the European small claims procedure which has the unique difference of entitling the passenger to claim its reasonable and necessary costs. However, where there is no different jurisdiction between the parties the procedure is not available and a small claim must be issued in the County Court and where such a claim is below £10,000 and only fixed costs and the court issue fee are recoverable from the airline. There is however provision under CPR 27.14(2)(G) for the court to make an award of such further costs as the court may assess by the summary procedure and ordered to be paid by a party who has behaved unreasonably. The challenge to the passenger is to mount such an application against an airline on the basis that its conduct by either not replying, replying with a stock response is grounds for arguing that the conduct of the airline was unreasonable.

It would assist a passenger’s argument if the passenger made an offer to settle as by CPR 27.14(3) a party’s rejection of an offer in settlement would not of itself constitute unreasonable behaviour, but the court may take into consideration such an offer when it is applying the unreasonableness test. It means that an open offer to the airline to pay 90% of the compensation within say 14 days or to fully explain why the claim is not being settled will sway a court in the passengers favour.

There is no specific definition of unreasonable behaviour in the rules. In Dammermann v Lanyon Bowdler LLP [2017] EWCA Civ 269 the Court of Appeal doubted whether useful general guidance could be given to assist courts in deciding whether a party had behaved unreasonably, as all cases are facts sensitive. However, the court did suggest that the acid test for the wasted costs jurisdiction (Rule 46.8) and the case of Ridehalgh v Horsefield [1994] should provide sufficient guidance to judges dealing with small claims. In other words, the court should consider whether the conduct complained of "permits of reasonable explanation". This guidance came with a warning that litigants should not be too easily deterred from using the small claims track by risk of an adverse costs order based on unreasonable behaviour. The Court of Appeal also concluded that the failure to accept an offer might be supportive of finding unreasonable behaviour but was not, on its own, sufficient to satisfy the test.

The airlines are not litigants in person but well resourced, well represented litigants and it may be that in a properly presented case the court will see that there is a systematic approach by the airlines which is worthy of sanction as being unreasonable.

In a personal injury case to which different rules apply, a long delay in accepting a claimant's part 36 offer was found by the High Court to be sufficient justification to set the claimant free from the confines of fixed costs but the Court of Appeal, Lord Justice Coulson disagreed saying that the claimant could not argue that the delay – even when no apparent justification – triggered an exceptional circumstance provision set out in CPR. The claimant will be limited to fixed costs said the Court of Appeal.

The Court of Appeal thought that it was important to preserve the protection of fixed costs in the Small Claims Court and to encourage parties to constantly reassess settlement and part 36 offers right up to trial so that a reappraisal or a fresh pair of eyes might at a later time bring about settlement and this should not be discouraged by the prospects of costs orders under the unreasonable conduct provisions of 27.14(2)(G).

There are very few tools at the disposal of passengers to encourage airlines to behave with greater efficiency in relation to their claims and to avoid this tactic of the airline to delay and obfuscate. There may well come a time when individual passengers will back such an application and courts might be persuaded to grant such relief where it is plain that there is a systematic but unjustifiable denial of passengers’ legitimate claims.

Should we be involved in such an application we will provide further insight into the relevant facts and matters and the outcomes so long as the relevant passenger agrees to disclose the information. Please contact Nigel for more information.

Section 21 Notice – Landlords, don’t lose your right to serve one to recover possession of your property! Failure to provide certain information at the commencement of a tenancy can prevent a landlord from subsequently serving a Section 21
View more