In a judgment that has important implications for the ABL industry, the High Court has found that an invoice financier was not entitled to retain collection fees claimed under an invoice finance agreement.

In light of this judgment factors and discounters may wish to review how their agreements deal with default and collection fees to ensure that they are valid and enforceable. In this note, we highlight key features and implications of the judgment, as well as terms and language in your agreements which may need to be reviewed as a result.

The issue before the Court

In BHL v Leumi ABL Limited the Court was asked to consider whether Leumi was entitled to retain its collection fee which, by the terms of its invoice finance agreement, could be set at “up to 15%” on all debts collected. BHL had provided an indemnity to Leumi to secure the obligations of Leumi’s client, Cobra Beer Partnership Limited (“Cobra”), and was seeking to recover payments it had made to Leumi arguing that the sums paid to Leumi were not properly due under the invoice finance agreement.

In short, Leumi had served a demand on Cobra in May 2009 which Cobra had been unable to meet; as a result, Leumi took over the collection of all outstanding debts and charged a collection fee of 15%. The Court disallowed most of the collection fee ruling that the highest collection fee that Leumi could have been entitled to was no more than 4% (against the 15% claimed).

Key findings – the use of discretionary rights

The Court provided the following guidance as to how a financier should apply a discretionary fee or charge:

What can be learnt from the approach taken by the Court?

Discretionary fees and charges are risky, so review your documentation:

Leumi’s problem in BHL was not the size of the collection fee, but the fact that it had given itself the discretion to set that fee (albeit subject to a 15% cap).

If the invoice finance agreement had stipulated a single collection fee – either a fixed percentage or calculated according to a specific formula – resulting in the same collection fee, it is difficult to imagine on what basis the Court could have disallowed it, given that the fee would have been negotiated between sophisticated commercial parties at arm’s length and with the benefit of legal advice.

In light of BHL, we would recommend that you review your documentation to identify any purely discretionary fees or charges and then determine how risky they are for you.

If you have a discretion over the level of fees or charges do you have processes and procedures in place to demonstrate how it has been applied?

BHL doesn’t mean that you must stop using discretionary charges or that they are never appropriate. It may be that your own operational requirements and the nature of your facility are such that they make sense.

You should, however, ensure that your work-out or distressed-client team understands what each of the discretionary fees and charges in your agreement is for (e.g. a fee to cover the cost of collections, or an enhanced discount rate to cover default risk), understands precisely how these are to be calculated, and that they have documented, logical processes in place for setting each fee or charge.

Discretionary charges may make it harder to enforce a guarantee

Where a fee or charge is discretionary this may complicate matters for your solicitors (potentially increasing costs to you) and make a contested recovery from a guarantor more difficult. Some charges may be difficult to calculate until you actually incur costs or know what realisations you will get from enforcement of your security or in an insolvency proceeding.

Even where the amount you are seeking is clear, courts are likely to look more closely at how you’ve exercised your discretion, especially where a personal guarantor is involved.

A discretionary charge is not likely to be defeated as a “penalty”, but may be defeated because you do not apply it correctly

In BHL the Court concluded that Leumi’s collection fee, equivalent to 15% on all debts collected, was not an unenforceable penalty clause, and gave three reasons:

Although BHL potentially increases the level of scrutiny which the ABL industry should expect in relation to discretionary fees and charges, it reflects the more relaxed position on penalties following the Supreme Court decision in Makdessi v Cavendish Square Holdings BV. As explained above, the Court did not consider that the amount of Leumi’s collection fee to be objectionable, but instead disallowed it because Leumi had failed to properly exercise its discretion in setting the fee at 15%.

If you have questions about the BHL case and the implications it may have for your own standard documents, get in touch with a member of our ABL team to see how we can help. 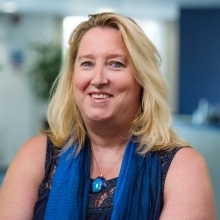