Infringement proceedings can often be a double-edged sword, as Claridges discovered in its action against a small candle-making business based in Kent.

World-famous Claridge’s Hotel successfully sued the candle-maker relying on its reputation rather than its UK trade mark for the word “CLARIDGE’S”.

The hotelier had sought to rely on use of its UK trade marks. However, in its defence the infringing candlemaker counterclaimed to revoke Claridge’s trade mark for toiletries, amongst other things, for non-use. This was upheld. It was found that Claridge’s branded shampoo and conditioner was given freely to guests for use in the Hotel, but not actively sold. The use of the Claridges trade mark was therefore not genuine use. The mark was partially revoked and the remaining specification pared back to reflect the actual use of the mark.

Despite not being able to rely on their earlier rights in similar classes to ascertain infringement, Claridges successfully claimed using section 10(3) of the Trade Marks Act, whereby owing to the ‘substantial reputation’ enjoyed by Claridges in relation to hotel services, there was a likelihood that the general public would create a link between the candle and the hotel.

This connection also fell foul of passing off under common law. The Court was persuaded that the use of CLARIDGE’S on the candles would likely lead both guests of the Hotel and customers of Claridge’s Candles to believe that the goods were connected in the course of trade or endorsed by Claridge’s Hotel, and there was subsequently a risk of damage to the Claridge’s brand.

This case serves as a useful reminder to companies that regardless of being a trade mark owner with a historic reputation, a trade mark is always capable of being revoked if there is a lack of genuine use for a period of five years.

We also recommend conducting freedom to use searches before marketing goods or services under a new brand name to ensure that your proposed mark is available for use and unlikely to infringe earlier rights.

For advice on how to use intellectual property rights to best protect your brand, please contact Victoria Jessup. 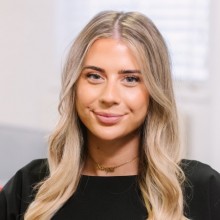 Electronic Signatures – Update on the Law Commission Report. Includes the legal validity of electronic signatures and if deeds be electronically signed.
View more

Are commercial NDAs no longer fit for purpose? Does your current NDA need updating to incorporate the relevant GDPR protections?
View more

Are your ideas and intellectual property protected? This guide outlines how you can get the most out of your assets, the differences between a trade mark, copyright, patent and design and what protection will work best for your business
View more