Wishing you all a Happy New Year and hope you had a relaxing festive break. This month’s update includes lessons from recent litigation concerning ‘cunningly concealed’ standard terms and a TUI package holiday that didn’t end very well.

Clauses within standard terms which impose burdensome obligations should be made obvious to the other party before the contract is agreed. The case below serves as a useful reminder that the obligation is even more important where standard terms are incorporated by reference, rather than being found in the signed contract itself.

Blu-Sky Solutions Limited (C) entered into a contract with Be Caring Limited (D) to provide connections for D’s 800 mobile phones under a mobile network service supplied by EE. D signed a purchase order form but cancelled the order shortly afterwards, before the connections had taken place. By signing the purchase order form, D acknowledged that it had accessed and read the standard terms and conditions (ST&C) on C’s website, when in reality it had not.

C commenced a claim alleging that it was entitled to an administration charge of £180,000 (£225 for each of the 800 connections) pursuant to a clause in its ST&C. D denied there was a contract or, in the alternative, that the clause raised by C was incorporated due to its unusual and onerous nature. The High Court grappled with the usual legal principle that a person who signs a document is bound by its terms, including those incorporated by reference (i.e. by reference to terms found on a party’s website), whether or not they had read them. The judge commented that the clause in question was “cunningly concealed in the middle of a dense thicket which none but the most dedicated could have been expected to discover and extricate…”

The Judge decided that the ST&C were incorporated into the contract, but that the specific clause relied upon by C to justify its claim was not incorporated (and in any event was void due to its penal nature). Where there are standard terms, a condition which is particularly onerous or unusual will not be incorporated into the contract unless the party relying on it has fairly and reasonably brought it to the other party’s attention. This decision suggests a distinction between including an onerous term in a contract signed by the parties, and including it from elsewhere in standard terms which are incorporated in the contract by reference. In the former case, the term is likely to have been adequately brought to the signing party’s notice without further ado (in all but extreme cases) but not in the latter case.

In disputes requiring expert evidence it is generally considered a high-risk strategy for a party not to obtain its own expert report or to cross-examine the other party’s expert, because the court is likely to place reliance on the findings of an expert.
However, the case below shows that it remains possible for a court to reject the findings of the only expert. An opposing party may choose not to serve its own expert report nor to cross-examine the other party’s expert, and instead wait to challenge the findings in the expert's report for the first time in closing submissions at trial. It is perhaps only a relevant strategy where the claim value is small and where the cost of obtaining expert’s report would be disproportionate to the amount in dispute.

Mr Griffiths purchased an all inclusive package holiday in Turkey with TUI. Two days into the holiday, he began to suffer from a gastric illness. He had eaten all of his meals at the hotel, save for one meal in a local restaurant. He was admitted to hospital for three days and diagnosed with acute gastroenteritis. Mr Griffiths sued TUI and relied on a report from a consultant microbiologist which concluded that he had acquired his gastric illness following consumption of contaminated food or fluid from the hotel. TUI did not obtain its own expert’s report.

Do you have a new or ongoing commercial dispute?

We hope you found the above cases interesting. If you have any further questions or comments or need advice on a new or ongoing commercial dispute please contact William Angas, Gail Morris, Justin McConville, Ben Ashworth or Laura Sutton. 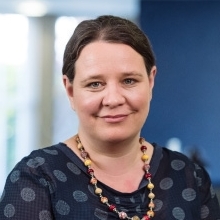 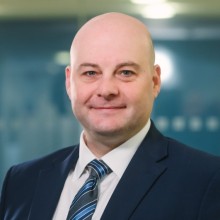 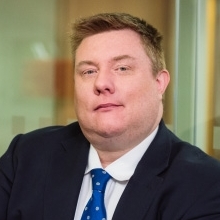 Pandemic rent arrears – what comes next for commercial landlords and tenants?
View more

Money (That's What I Want) - It’s that time of year to make New Year’s resolutions and for many businesses that means improving cash flow by collecting in unpaid invoices.
View more

Winding-up petitions are back (subject to new conditions)
View more