A recent case has highlighted the danger for landlords and sellers of land who fail to fully disclose important information during pre-contractual enquiries.

First Tower Trustees Ltd (“the Landlord”) agreed to lease warehouse premises in Barnsley to CDS (Superstores International) Ltd (“the Tenant”). The parties agreed to the inclusion of a clause in favour of the Landlord, whereby the Tenant acknowledged that it had not entered into the lease in reliance on any statement or representation made by or on behalf of the Landlord (“the Non-Reliance Clause”).

When the Tenant discovered the asbestos for itself, it issued a claim for misrepresentation, seeking compensation for the remedial work required and its alternate warehouse arrangements.

What does the law say?

A contract term that attempts to exclude or restrict liability for misrepresentation must be “fair and reasonable”, having regard to the circumstances which were, or ought reasonably to have been, known to or in the contemplation of the parties when the contract was made.

What did the Court say?

The Non-Reliance Clause attempted to exclude liability for misrepresentation, and therefore it had to “fair and reasonable”. Pre-contractual enquires are an integral part of conveyancing and to preclude a buyer from relying on the seller’s representations would render the whole exercise worthless and misleading, even if the buyer is a sophisticated party with access to good legal advice.

Why is this decision important?

Sellers and lessors should therefore be careful to ensure that pre-contractual enquiries are dealt with thoroughly and that, where required by the terms of the enquiries, responses to them are updated before a sale contract or lease is entered into. 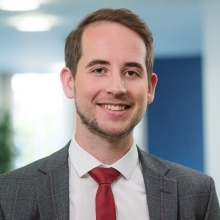 How easily can I recover possession from my tenant for the redevelopment of a commercial property?
View more

Section 21 Notice – Landlords, don’t lose your right to serve one to recover possession of your property! Failure to provide certain information at the commencement of a tenancy can prevent a landlord from subsequently serving a Section 21
View more

Stamp Duty Land Tax - the recurring nightmare. The only way to calculate SDLT now is to submit relevant details into the HMRC’s online calculator.
View more

Japanese Knotweed – Some real bad weed. There has been a lot in the press over recent months and a number of court cases involving Japanese Knotweed. It is pretty devastating stuff, the removal of which needs careful and specialist advice
View more

Property Charges – Do’s and Don’ts. Taking a charge over land or property can be fraught with difficulties and a number of important issues need to be addressed.
View more