How Enforceable Are Your Contractual Charges Now?

Back to HubNext Article

How Enforceable Are Your Contractual Charges Now?

A common feature of factoring agreements are provisions entitling the factor to recover additional fees and charges following an event of default by the client. For example, most agreements include a clause which entitles the invoice financier to charge its client a percentage of their outstanding debts upon the occurrence of an event of default - often referred to as a ‘Collection Charge’. However, not all these types of contractual provisions will be legally enforceable and, in cases which have recently come before the Courts, a distinction has been drawn between what is considered a ‘liquidated damages clause’, which is legally enforceable and, a ‘penalty clause’ which is not.

Until very recently, for guidance on the enforceability of liquidated damages clauses the Courts looked to the principles laid down in 1915 by Lord Dunedin in Dunlop Pneumatic Tyre Company Ltd v New Garage and Motor Company Ltd. In that case, it was decided that if the sum claimed by way of liquidated damages was, at the time the agreement was entered into, a genuine pre-estimate of the likely loss following a breach, then the clause would be enforceable. But if the amount claimed bore no relation to the maximum loss that could have realistically been suffered and the purpose of the clause is rather to act as a deterrent against breach, then it is a penalty and unenforceable.

Dunlop Pneumatic has been the established law on penalties for a century but even good law needs a review. Fortunately, the Supreme Court had the opportunity to revisit the principles laid down in Dunlop in the cases Makdessi v Cavendish Square Holdings BV [2015] and ParkingEye Limited v Beavis [2015]. In those cases the Supreme Court identified a modern approach to the old Dunlop principles by deciding that the law on penalties should now apply only where the provision is a secondary obligation which imposes a detriment on the contract-breaker out of all proportion to any legitimate interest of the innocent party in the enforcement of its primary obligation.

Prior to these decisions, invoice financiers have had to carefully consider their pre-estimate of loss when drafting their agreements. Using Collection Charges as an example, it was important to ensure, as a charge immediately payable to the invoice financier upon an event of default (being a sum usually calculated as a percentage of the outstanding sales ledger) that it was representative of the additional costs typically borne by invoice financiers forced to collect in the outstanding sales ledger following default by the client. The burden would then be on the contract-breaker to demonstrate, usually by reference to standard industry practice, that the charge was far greater than the maximum loss the invoice financiers could have suffered.

Now, the fact that a clause entitling an invoice financier to an agreed sum on default may not be a genuine pre-estimate of loss, or that it may be regarded as a deterrent against breach, does not mean that it is a penalty. This is because the clause may protect a legitimate interest of the invoice financier beyond the recovery of compensation for his loss; in in a collect out scenario this would be to compensate the invoice financier for the increased costs of collection. For example: (i) where debtors are made aware of the client’s insolvency and there is no ongoing relationship to protect, more disputes over payment are likely to arise resulting in greater recovery costs, and (ii) where the invoice financier has to collect the debts when the client’s agency to collect terminates upon an event of default.

The Supreme Court decisions are positive for the invoice finance industry as it is now more difficult for the contract-breaker to successfully demonstrate the liquidated damages clause is a penalty and that, as a result, that Collections Charges are unenforceable. Even if the client can show that the Collections Charges are far greater than the maximum loss that could have been suffered following an event of default, the invoice financier may be able to justify it on grounds that it protects a legitimate interest that exceeds the loss.

As well as carefully considering what the costs of collection could be following an event of default, an invoice financier should also consider what interest he may have beyond the recovery of compensation for his loss, and incorporate this into his agreement. Its also important to note that, although the correct time to assess whether a charge is reasonable is at the time the agreement commenced, courts will consider the actual work undertaken by the invoice financier in respect of which the charge relates. Therefore, a practical suggestion is that invoice financiers carefully document all the collection work undertaken and the costs incurred.

We are increasingly seeing more challenges made against the imposition of Collection Charges following an event of default, often by directors and shareholders seeking to reduce their liability under their guarantees but also by insolvency practitioners. To date, we have been successful in dismissing these challenges but cases are coming before the courts (indeed, judgment is anticipated shortly on one such case) which could advance the approach taken by the Supreme Court in Makdessi and ParkingEye.

If you need any assistance dealing with claims of this nature or would like us to review your agreement to ensure that your terms and conditions are valid and enforceable in a default situation, please contact William Angas or Noel Ruddy. 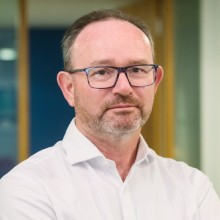 Back to HubNext Article