Insolvency Practitioners: Is your after-the-event insurance policy full of holes?

Insolvency Practitioners: Is your after-the-event insurance policy full of holes?

After-The-Event Insurance (“ATE”); the must-have accessory to Insolvency Practitioner (IPs) bringing insolvency litigation it seems? Surely, ATE Insurance is fail-proof, covering adverse costs and standing as adequate security for costs? Not so it would appear, at least following the decision in Premier Motorauctions Ltd (in liquidation) and another v Pricewaterhousecoopers LLP [2017] EWCA Civ 1872. Now, the Courts will look at the substance of the ATE Policy, not just whether ATE is in place per se. If the insurer can void the same / withhold payment, chances are the ATE Policy will be inadequate security for costs.

IP’s had already encountered difficulties bringing Insolvency Proceedings since their exemption from provisions in the Legal Aid, Sentencing and Punishment of Offenders Act 2012 or LAPSO (ending the recovery of success fees and insurance premiums from opponents) was removed in April 2016. The Premier Motorauctions decision only increases the risk of genuine insolvency claims being frustrated. In addition to concerns over funding, IPs can no longer be so certain that their “After the Event” Insurance Policy (“ATE Policy”) will satisfy an opponent’s application for security for costs.

Security for costs may be ordered against a claimant if there is reason to believe they would be unable to pay the opponent’s costs if ordered to do so. In the context of Insolvency Proceedings, obtaining an ATE Policy seemed to be the universal solution for IPs in dealing with security for costs. The case decisions prior to Premier Motorauctions seemingly favoured IPs, finding that ATE Policies could be sufficient security for costs, whilst generally asserting that security for costs application (knowing the claimant was self-evidently unable to pay costs due to their being insolvent) should not be allowed to stifle genuine insolvency claims.

Premier Motorauctions however, saw the pendulum move back to opponents. No longer will the mere holding of an ATE Policy answer an application for security for costs. Now, courts must undertake a detailed analysis of the ATE Policy itself and, determine the presence and scope of an “avoidance” clause(s) within the policy.

Typically, an “avoidance” clause is a term within an ATE Policy allowing the insurer to avoid paying-out (to cover an opponent’s costs) where there is material nondisclosure (typically as to case prospects or developments) or other breach of the policy by the insured claimant. In many cases however, existing ATEs will also contain a term allowing the insurer to end the policy entirely at their discretion. In Premier Motorauctions, the Court considered it likely the insurer would avoid the policy if the claimant lost the case. That was sufficient to hold that the claimant could not rely on the ATE Policy to answer the defendant’s call for security for costs.

The insurance market has not been slow to respond to the Premier Motorauctions decision. Many insurers now offer “anti-avoidance endorsements’ in ATE Policies. Also offered are stand-alone indemnities, under which an opponent’s costs will be paid, irrespective of whether the insured claimant’s ATE policy has been voided. Such products are not however cheap, often costing the IP an additional sum of up to 10% of the total cover sought upfront if not more.

The Court of Appeal’s decision in Premier Motorauctions has not been well received by IPs. ATE Policies are not inexpensive and if they can be easily dismissed by the Court as being voidable and inadequate security for costs, the decision could well prove fatal to many genuine claims getting off the ground; prejudicing creditors and in effect protecting misfeasant directors in the process.

If you are concerned over the strength of your existing ATE Policy in light of the Premier Motorauctions decision or would like further advice to counter its impact where you are seeking ATE with the view to bringing a claim, please do not hesitate to contact us at William Angas or myself. 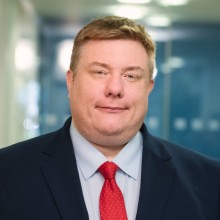