Is English law still the law of choice post-Brexit?

Is English law still the law of choice post-Brexit?

The law of England and Wales has long been the law of choice, and England the jurisdiction of choice, for a large proportion of international trade, providing a substantial source of work for commercial lawyers in the UK.  For example, it has recently been reported that the UK exports legal services to the value of around £6.6 billion a year [1].  That represents the equivalent of around a third of the combined revenue of the 20 largest UK law firms [2].  A large part of the workload of the Business and Property Courts, and in particular the Commercial Court [3], comprises cases in which one or more of the parties is from outside the UK. 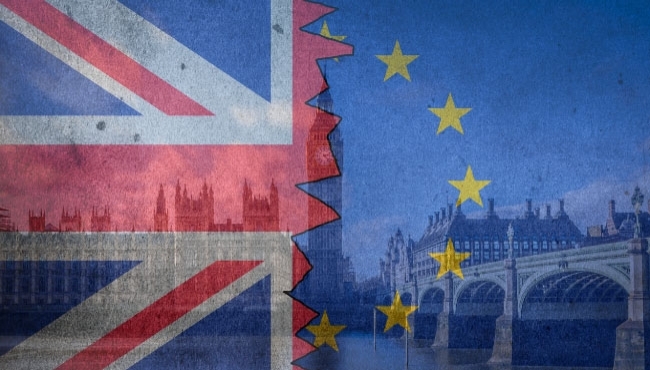 However, as businesses continue to consider their commercial relationships in a post-Brexit environment [4], is the status of English law and jurisdiction for international commercial contracts under threat?

We believe not. The UK’s post-Brexit legal system will still be built upon the well-founded principles of English commercial law and benefit from the flexibility, legal certainty and fairness of our legal system.

See below some of the main reasons why the law of England and Wales is a popular choice in commercial contracts and why we believe it will remain a sound choice for parties entering into contracts with an international element post-Brexit:

The English legal system provides a high degree of certainty.  Based as it is on precedent, with a very substantial body of law, and experienced judges to apply that law, parties can expect a high degree of predictability of outcome. The adversarial system, although often cumbersome and costly compared with some other models, is uniquely adapted to getting to the truth.

English law takes a pragmatic and objective approach to how contracts work.  The parties to a commercial contract can have a high degree of confidence that the bargain they have recorded represents the relationship between them, without undue interference from the law. Parties can expect to obtain a commercially sensible outcome.  For example, a fundamental aspect of the English law of contract is that the innocent party is compensated for its loss; the defaulting party need not fear “punitive” damages awards or other such Draconian outcomes.

The decision-making in the courts and tribunals is highly professionalised.  Juries very rarely feature in business disputes in England.  The judges are highly experienced and bring their own particular expertise to bear in certain areas, for example in the specialist courts such as the Technology and Construction Court and the Intellectual Property Enterprise Court.  We take it for granted that the judiciary in the English courts is independent, impartial and transparent.  There is a large body of highly experienced arbitrators.

The court system itself is modern and adaptable to the fast-evolving world of business, particularly in the Business and Property Courts (which have relatively recently been over-hauled [5]).  The Rolls Building, which opened in 2011, and which houses much of this part of the court system, “is the largest specialist centre for the resolution of financial, business and property litigation anywhere in the world” [6].

As a major international hub for legal services for many decades, the leading international law firms in the world have a presence in London.  Legal business in England is heavily regulated and highly competitive.  Having different roles performed by solicitors and barristers brings an additional degree of expertise and independence.  As a result, parties seeking advice on their contractual relationships can be confident of obtaining a world-class standard of legal advice and representation.

The English common law tradition is well-recognised throughout the world and forms the basis for the law of many other jurisdictions [7].  English continues to be one of the principal languages of international trade and there are obvious advantages to having a tribunal dealing with a case in its local language.

In short, for all the reasons that the law of England and Wales has been a sound choice for parties entering into contracts with an international element, it will continue to be so post-Brexit.

If you are entering into a contract with international elements and have any further questions on the choice of law and jurisdiction, please contact either Robert Kenyon or Ian Lindley to discuss further.

PDT Solicitors has experience working with a range of international clients on corporate and commercial, commercial litigation and real estate matters. We are ranked as a leading firm in both Chambers and Partners UK and The Legal 500 independent legal directories for our corporate, mergers & acquisitions and commercial practice.

Find out more about our corporate and commercial services

Request a call back from a corporate and commercial solicitor

[3] See, for example, MoJ data for the period December 2018 to March 2019 which shows that there were 841 Commercial Court cases, of which 631 (or 75%) had at least one party registered outside the UK, and in more than half of those cases all the parties were registered outside the UK. https://assets.publishing.service.gov.uk/government/uploads/system/uploads/attachment_data/file/806899/BPC_Infographic1.pdf

[4] Although the UK ceased to be a member state of the EU on 31 January 2020, it will continue to be treated as a member of the EU for almost all purposes until the end of the transition period on 31 December 2020.

[7] For example, a study from 2008 suggested that “English Common Law is now the most widespread legal system in the world with 30% of the world’s population living under English Common Law systems”: https://www.sweetandmaxwell.co.uk/about-us/press-releases/061108.pdf