On the Basis of Gender

On the Basis of Gender

Following on from the theme of James's recent article It's Different for Girls, discussing the role of Women in Law, our Managing Partner James Clewlow and US trained attorney Lori Schroeder discuss moving to the UK and the use of gender terms on legal drafting. 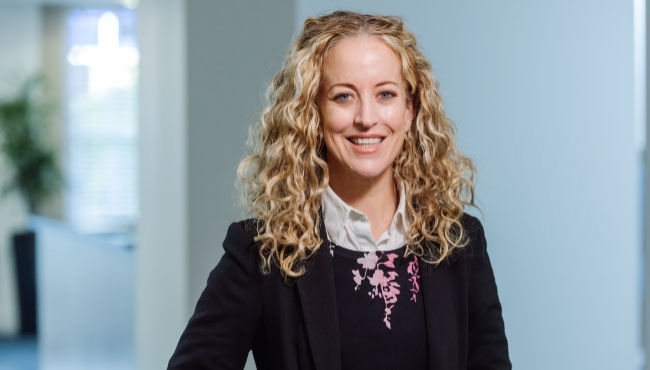 James: Since joining PDT at the end of last year you have been assisting our corporate team and actively involved in our internal discussions surrounding gender pronouns and gender in the workplace. What differences have you noticed moving into the UK from the US and what has surprised you?

Lori: Relocating from the US to the UK has been an adventure and a learning process.  In the day to day life of an ex-pat there are differences, from minor word variations, boot vs. trunk, jumper vs. sweater, to the more significant, rain vs. drought, Boris vs. Trump.

As a US trained attorney working in a UK law firm, I have noted differences in spellings apologise vs. apologize, and variations in pronunciations.  Perhaps the vernacular that has been most surprising is the UK use of masculine pronouns in third party contracts. Today’s work force is diverse in gender, identity and language use.  A modern legal practice requires a thoughtful analysis of gender specific terms in order to best promote contractual accuracy and inclusion.

Since joining PDT, I have reviewed third party agreements that are misaligned with modern categorizations.  For example, a document in which the only option for the female client was to mark one of three boxes, ‘spinster’, ‘married’ or ‘widow’.  While various other documents are replete with inherent bias, explaining that when referencing pronouns such as ‘he’, ‘his’ and ‘him’ the masculine gender is intended to encompass all parties, including those who are feminine and gender neutral.

The legal preference for masculine descriptors has historic significance and was solidified in 1919 when the first woman in the United Kingdom petitioned the Court of Session for permission to take the examination to become a solicitor claiming that the Law Agents (Scotland) Act 1873 referred to ‘persons’ and she claimed to be a person.[1]  The Court of Session disagreed with her assessment, concluding that, “…in the case of an ambiguous term, the meaning must be assigned to it which is in accordance with inveterate usage.  Accordingly we interpret the meaning ‘male persons’ as no other has ever been admitted as a law agent’.[2]  Such an analysis surely seems antiquated to us now, yet here we are 100 years later, discussing the use of masculine terms as they apply to the feminine gender.

The continued use of masculine terms as a generic filter for a diverse workplace population is potentially exclusionary and possibly offensive.  Legal contract drafting requires precision and focus.  Yet in many instances, legal standards allow for masculine preferences to be synonymous for any and all persons regardless of biology or gender identity.  As society progresses toward gender equality, so too must the vernacular of legal contracts.

J: How is this misaligned with a modern, diverse workplace?

L: Antiquated gender preferences in legal drafting are misaligned with the significant increase in the role of women and LGBTQ in today’s work force.  As gender workplace margins dissipate, so too must the use of inherently biased terms.  In the UK, 71.8% of women between the ages of 16-64 are employed, compared to 80.3% of men in the same category.[3]  Of these working women, 23.7% hold roles of Chief Executives and Senior Officials.[4]  In 2019, women in the US overcame a significant gender milestone with 29.5 million women in the labour force holding university degrees, surpassing their male counterparts of 29.3 million men.[5]  Additionally, over 14.7 million adults in the US identify as lesbian, gay, bisexual or transgender, a number exceeding the entire population of Greece.[6]

J: Is the UK law system lagging behind other institutions, such as the government, on these issues?

L: Yes, governments in the US and the UK have attempted to keep up with the times where the law has lagged behind.  Drivers licenses in certain states in the US have amended gender terms to allow for identity as ‘male’, ‘female’ or ‘binary’.  Birth certificates in numerous states in the US have amended spaces for ‘mother’ and ‘father’ to read ‘parent’ and ‘parent’.  In 2015, the House of Commons appointed a Women and Equalities Committee.  Their first piece of work was to conduct a Transgender Equality enquiry.  In March, 2019, the UK government responded to the commissioned Alison Rose Review of Female Entrepreneurship by announcing an ambition to increase the number of female entrepreneurs in the UK by the year 2030, to nearly 600,000 additional female entrepreneurs, with the goal of matching some of the best performing countries for entrepreneurial gender parity, such as France, Canada and the US.[7]

The push for gender neutrality is global.  The current Deputy Prime Minister in Spain is advocating for a constitution that is inclusive of male and female genders, recognising that the traditional use of masculine terms is no longer appropriate in a modern democracy.[8]   In 2015, Sweden added the gender neutral pronoun ‘hen’ to its dictionary.[9]  The Council for German Orthography is attempting to modernise its language in a time when traditional gender identities are blurring and Facebook, for example, lets its users choose between 60 gender labels.[10]

J: What would your suggestions be going forward? How can we make this change?

L: As societal norms have evolved, so too have the terms that are used to describe them.  In 2019, Merriam-Webster dictionary announced the word of the year as ‘they’, explaining that the shifting use of the word led to an increase in internet searches.[11]  The Oxford English Dictionary recognises the long-established use of ‘they’ as a singular pronoun.[12]  In order to promote precision and clarity, legal contracts must be free of ambiguity and aligned with socially acceptable language.

J: What do you think of PDT’s approach to inclusivity?

L: PDT core values were attractive to me when moving to a UK law firm as they align with many of my own values.  PDT recognises that inclusive gender terms are, to many, as significant as any other terms within the contract.  PDT caters to individual clients, recognising that each matter warrants thoughtful consideration.  PDT remains committed to eliminating inherent bias while providing bespoke legal services that are congruent with a modern practice.

Find out more about PDT Solicitors

Request a call back 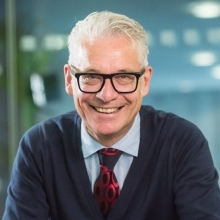 “It’s Different for Girls” So why am I quoting another 1970s’ pop song? And what has it got to do with a corporate law firm?
View more

FAME is a four letter word. One of the complaints that clients often raise with me as Managing Partner is that as a firm we don’t shout about our successes as much as we should.
View more