Prior Professional Relationships: “But I was only following your advice…..”

Prior Professional Relationships: “But I was only following your advice…..”

A recent case ([2018] EWHC 1499) has highlighted the pitfalls for Insolvency Practitioners in giving pre-appointment advice to a director of an insolvent company.

A director of a company in financial difficulty sought advice from insolvency practitioners about its affairs, including two ongoing construction contracts. Their very sensible advice included to consider a novation of these contracts to an alternative contractor, relieving the company from future obligations while permitting recovery of outstanding debts.

Proceeding on this advice, the director negotiated with other parties to the contracts, but without the benefit of legal advice or the direct assistance of the IPs.  Under pressure from these parties, who instructed solicitors, the director entered into releases which terminated the contracts and waived any sums due and unpaid under them.  This rendered any later novation ineffective and any outstanding debts uncollectable.

The company subsequently went into administration and, it having become evident that there was nothing to novate, exited via creditors voluntary liquidation, whereupon the Liquidators sued the director for breaching his fiduciary duty to the company by signing the releases.

The director successfully defended against the claim, asserting that he had followed the IP’s advice and had signed the relevant releases in the honest belief that novation was the best option for employees and creditors and that providing the releases was a “first step” towards a novation.

In this case, the director had no prior experience of insolvency and the Court found that he had acted under pressure and without legal advice, believing he was following the IPs’ recommendations and acting in the best interests of all concerned.  Although he was mistaken, the Court found there was no breach of his fiduciary duties.

Lessons to take away

The decision acts as a timely reminder of the care required when engaging with directors prior to an appointment and of the potential complications should an IP’s advice be misused or misunderstood.

It also reminds us that, even where time and money are short, IPs and directors of insolvent companies should ensure that solicitors are instructed and involved at an early stage to ensure that plans are implemented in the correct way and directors are not misled or taken advantage of.  If the director had received the advice of an insolvency lawyer who was able to understand the issues and work closely with the IPs, it is possible that significant cost and complication could have been avoided and a better result achieved for creditors. 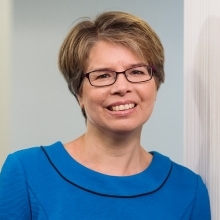 How Conclusive is your Conclusive Evidence Clause? Conclusive evidence clauses are commonly found in well drafted commercial and banking documents and, for factors and discounters, their importance should not be overlooked.
View more