Despite industry objection (including the British Property Federation referring to the plans as a “political gimmick”) it appears proposals to give local authorities the right to let vacant premises on their high streets by way of a rental auction process will now be given the green light under the Levelling Up and Regeneration Bill (first laid before parliament on 11 May 2022 and currently at committee stage).

Under the new plans a local authority will be able to designate areas as either a ‘high street’ or ‘town centre’ location. Such areas are those considered important to the local economy due to a high concentration of ‘high street uses’ (broadly shops, offices, restaurants and light industrial – but not warehouses).  In such locations, where premises remain vacant for either a full year or at least 366 days in any two year period, the local authority would then be able to instigate the rental auction process.

What does the process entail?

Can a property owner object?

If a final notice is not withdrawn by the local authority following an objection being lodged then the owner can make an appeal to the County Court within 28 days of lodging the initial objection.

Whilst the specifics around the rental auction process are still to be confirmed, following a successful rental auction the local authority will then be permitted to enter into a contract (as if it were the owner) with the successful bidder for a short-term tenancy of between one to five years.  Again, whilst detail on the specific terms of such tenancy are awaited, the Bill makes clear that such tenancies will automatically fall outside of the security of tenure protections under the Landlord and Tenant Act 1954 and must include express provisions to cover repair and maintenance, alterations, insurance, alienation, rental deposits and rights of re-entry (and will automatically be deemed to hold any required superior landlord, lender or third party consents).

What does this mean for the industry?

Whilst the proposals clearly give rise to potentially significant powers, only time will tell whether local authorities will ultimately take up the option to use these powers and/or whether the new measures (if used) will have a significant impact on the Government’s aim for regeneration.

We will issue further updates as the Bill passes through the legislative process, but if in the meantime you should have any questions on the proposals then please do not hesitate to contact Craig Burton, Mark Gugenheim or our Real Estate team 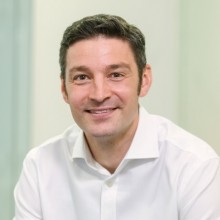 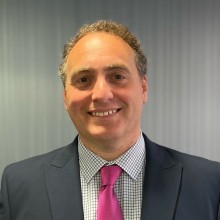 Ground Rents Abolished. The government has confirmed the abolition of ground rents in residential leases in England and Wales from 30 June 2022 under the new Leasehold Reform (Ground Rent) Act 2022.
View more

Are you winding me up? – A successful, but cautionary tale. Our experience in relations to winding up petitions that were lifted on 1 April 22
View more

Retail Sector Leasing – Is a return to popularity on the horizon for Turnover Rents?
View more

Lessons on a lease by a litigator: “Things I wish I’d known before I signed…” Lesson 1: The obligation to keep the premises in repair.
View more