During my six-month seat in the Dispute Resolution & Litigation team at PDT Solicitors, I was assigned a case for a longstanding client, who had issued a claim in the Small Claims Court. The client wanted the benefit of PDT’s specialist litigation expertise when it became apparent that the Defendant disputed the claim.

The claim arose after the Defendant’s empty four cab pickup rolled down a driveway serving our client’s home, damaging a boundary wall and subsequently causing damage to our client’s car at a cost of c.£1,500. The Defendant admitted liability for damage to pillar but denied liability for damage to car on grounds that it wasn’t there at the time of the accident and refused to pay for anything on the basis he could have repaired the damage himself.

I represented the client at an initial hearing at the County Court at Guildford to determine the question of the Defendant’s liability. This was my first advocacy role in Court and after a contested hearing, our client was successfully awarded Judgment on the Defendant’s liability. The amount owing by the Defendant to our client’s was to be assessed at a subsequent hearing. During the interval between hearings, I attempted to negotiate a settlement of the claim on my client’s behalf, to save time and money for both parties and the Court, at £1,250, but the Defendant refused to engage in settlement (a stance which later became detrimental to the Defendant). The second hearing was heard by the same Judge, who gave a Judgment for the full sum of damages caused to our client’s boundary wall and car, plus interest and court fees. The Judge also made a finding that the Defendant’s conduct in the litigation had been unreasonable for wasting Court time by disregarding the overriding objective, which actively encourages parties to settle disputes outside the Courts, and awarded our client a portion of his legal representation costs.   In total the Defendant was ordered to pay an amount of c.£2,500 to our client.

It was a great win for our client given that he was faced by a stubborn Defendant and forced to take legal steps to recover his losses. It was an invaluable first case for me to learn about the strategy of the civil procedure process and litigation in a case taken on principle by our client. PDT offers its trainees a truly hands-on litigation seat and the Court experience has tremendously assisted my development as an aspiring solicitor.

I wish to thank my colleague Justin McConville in PDT’s Dispute Resolution & Litigation team for his invaluable supervision and guidance. 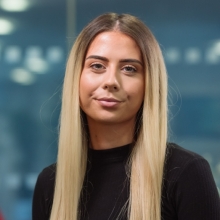